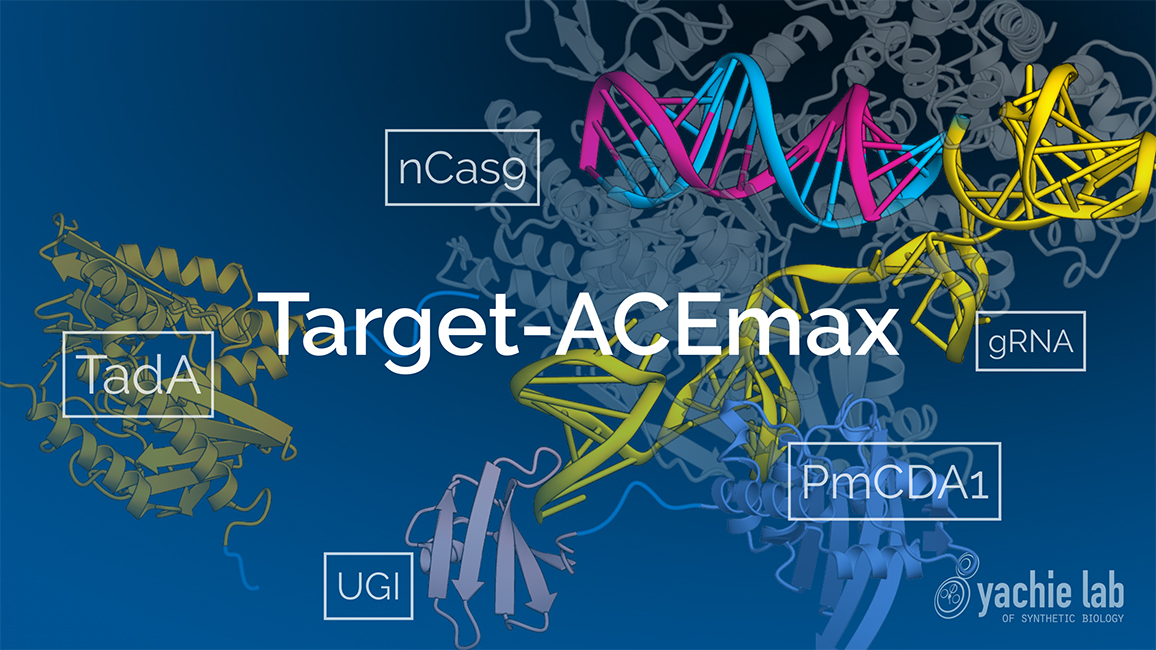 CRISPR–Cas9 has sparked a revolution in the field of genome editing. In the CRISPR-Cas9 system, a guide RNA (gRNA) recruits Cas9 to a target genomic region. Cas9 then produces a double-stranded DNA break (DSB) at the target region. This promotes either gene deletion or transgene insertion through the induction of different DNA repair pathways. However, there is still room for improvement in the efficacy and precision of genome editing by Cas9. Furthermore, Cas9 has been shown to cause cell toxicity due to the generation of DSBs.

In this new research project, Dr. Yachie’s team formed another collaboration with Drs. Hiroyuki ABURATANI, Osamu NUREKI and Hiroshi NISHIMASU of the University of Tokyo, Drs. Keiji NISIDA and Akihiko KONDO of Kobe University, and Drs. Kazuharu ARAKAWA and Masaru TOMITA of Keio University, and developed a dual function base editor, Target-ACE (adenine and cytosine editor), which enables the simultaneous induction of C→T and A→G substitutions on a target DNA molecule.

This new genome-editing tool would greatly expand the potential of alternating the genomic DNA sequence for therapeutics and fundamental biomedical researches. The work has been published in Nature Biotechnology.