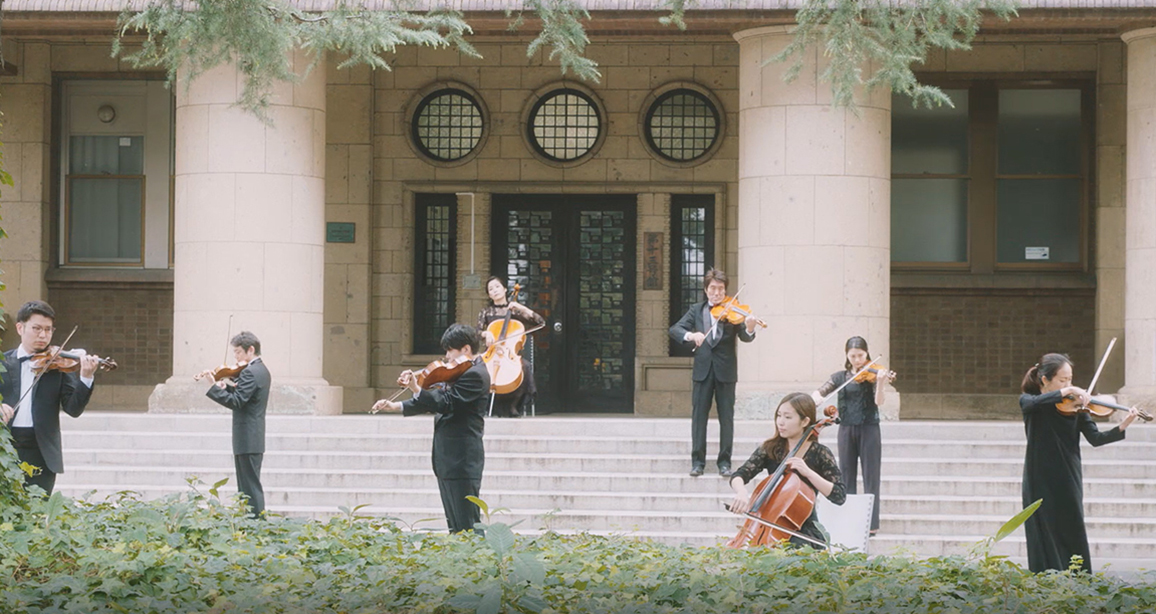 UTokyo Komaba Research Campus Open House held in June every year was canceled for 2020 due to concerns over the spread of the COVID-19.
Instead of the on-campus event, we have established “Virtual RCAST Open Campus,” a website of the Research Center for Advanced Science and Technology (RCAST), which provides content centered on our research activities. We hope that you will enjoy the website.

Regretfully, RCAST’s Special Concert, which started two years ago and has since become one of the popular campus attractions, did not take place either. Wishing to entertain you with their music performance online instead, some musicians scheduled to participate in it got together this year at RCAST with other musicians and made recordings with measures taken against the pandemic. We have created a video, putting together their music and moving images of our campus and hope you will enjoy their wonderful performance aurally and visually. We all look forward to the day when we will see you again at our campus and entertain you with the concert there.