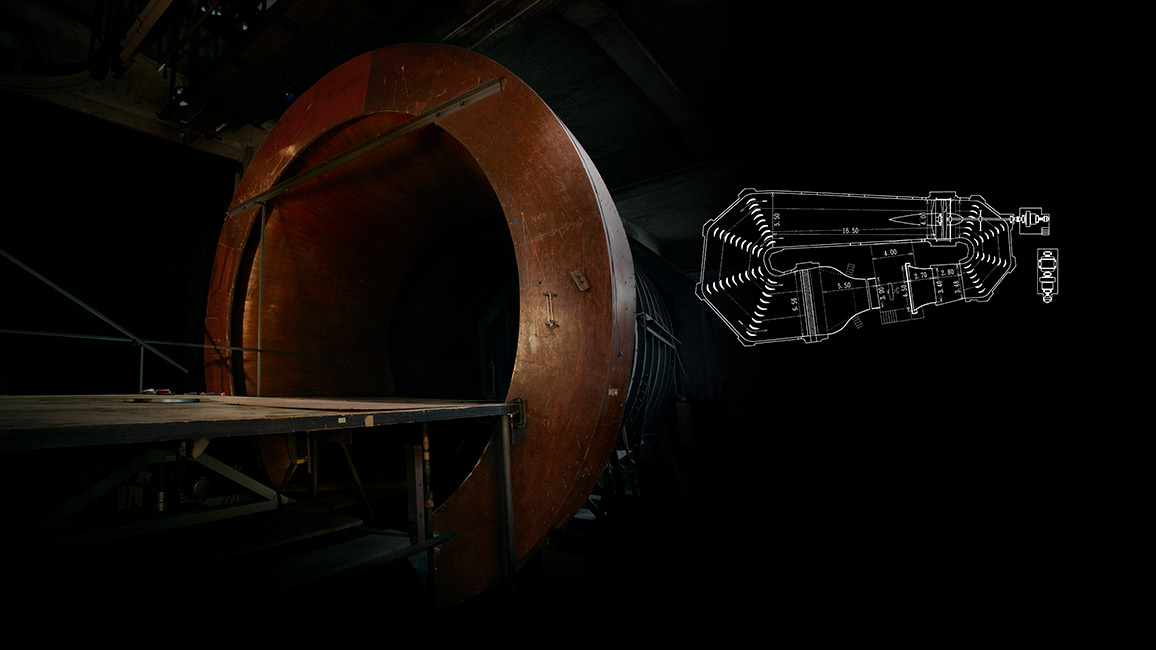 Research Center for Advanced Science and Technology, the University of Tokyo began with the establishment of the Tokyo Imperial University Aeronautical Research Institute in 1918. The Aeronautical Research Institute was initially located in Ecchujima, but following the Great Kanto Earthquake reconstruction began at the western edge of Faculty of Agriculture (currently the Komaba Research Campus), and the relocation process was completed in September 1930.

Building 1 houses a wooden wind tunnel (called the 3m Wind Tunnel, which was used for experimentation beginning in 1930) that was the first facility built after the Aeronautical Research Institute was relocated to Komaba. This wind tunnel is an extremely important part of Japan’s aviation history, used in the design of aircraft such as the KOKENKI, long-range research aircraft, which broke the world record for long-distance flight, and the YS-11 domestic passenger airplane.